How Can We Help?

Workforce Solutions Alamo (WSA) is a source for economic, workforce data and analysis to help you make informed decisions. You will find Economic information to support your business development. Have the opportunity to research economic indicators such as job growth, unemployment statistics, salary and wage information.

Since December of 2021, 46,600 jobs were added in the MSA, resulting in an annual increase of 4.3 percent. Four of eleven major industries showed monthly gains, one remained steady. Trade Transportation and Utilities, Financial Activities, Government, Mining and Logging showed gains, while the Information Industry remained steady. 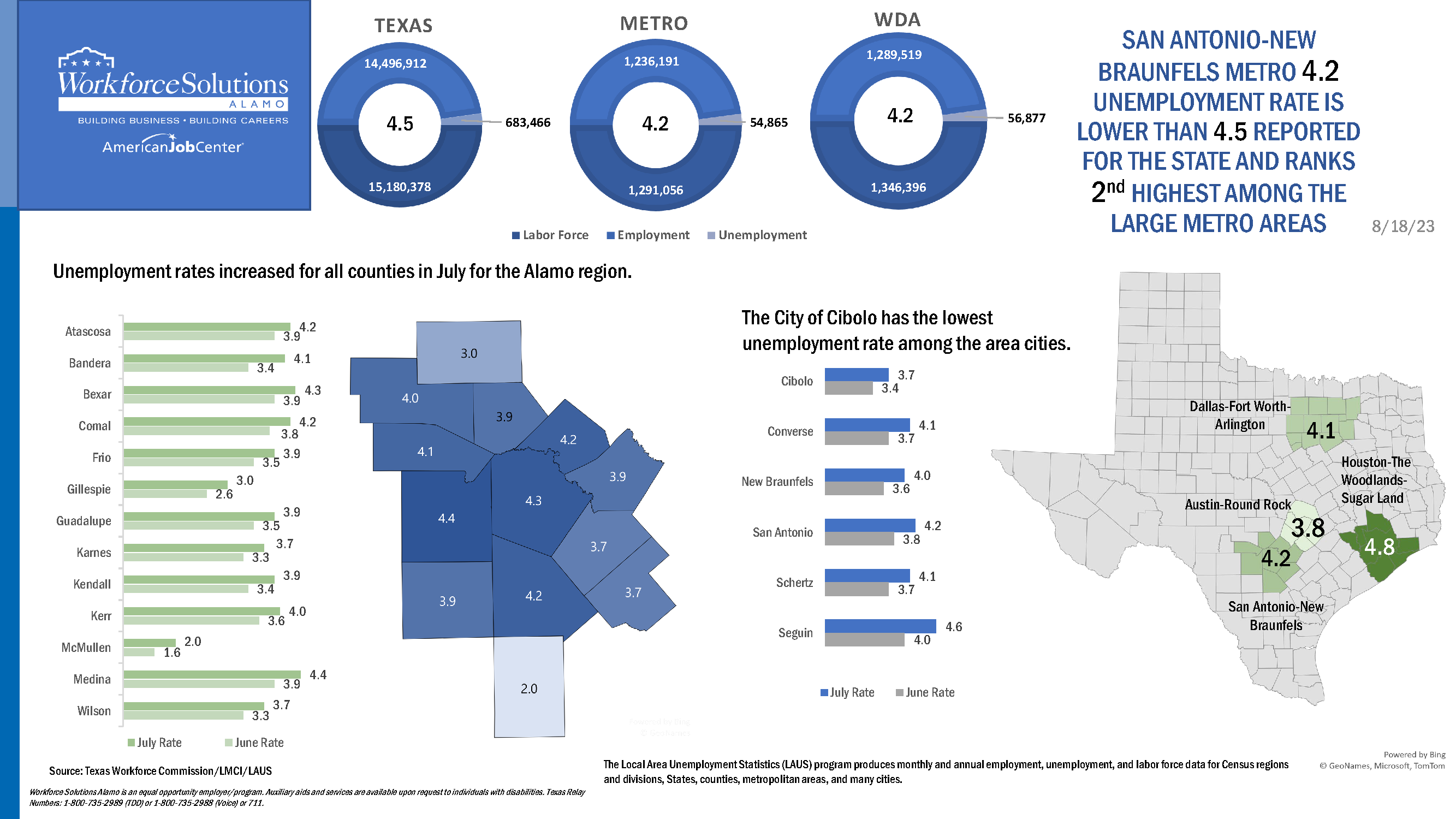