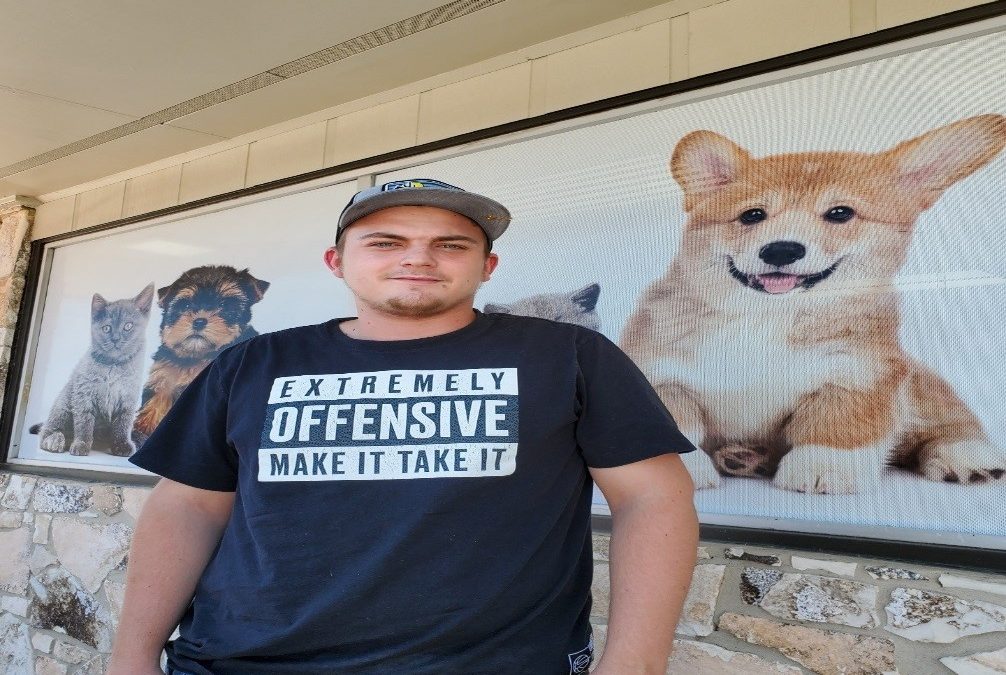 Caden Baxter came into the WIOA Youth program in September of 2019 as an In-School Youth. He wanted assistance with finding a job and completing high school. He was attending the Boerne Academy due to involvement with the criminal justice system and living with a disability. His family was also receiving SNAP benefits.

Caden was in the 10th grade level at school, however, Caden made it clear that he wanted to complete all his school credits and graduate in May of 2020. This was an ambitious goal to complete 2 years in small amount of time 1 year. Caden also wanted to work so that he could assist his family with the expenses at home as well as save money for a car of his own. He buckled down and got his schoolwork to a point where he would be allowed to finish class at 2pm each day which allowed him to get a job. Caden had a few setbacks with health issues but once he was healthy again, we began checking on working at a WEX after school. The WEX he wanted to do unfortunately required that he be 18 years of age and he did not turn 18 until July of 2020. We began looking into other possible WEX placements. The school informed him that he had completed enough of his work to qualify him to complete additional classes, that would allow him to graduate in May given he completed them all. School became the focus and Caden was moving toward his goal. When COVID-19 restrictions hit at the beginning of March, he didn’t let it stop him from reaching his goals he completed his courses online and graduated on May 1, 2020. Caden Career Navigator Jill Coget received Caden’s transcript showing he graduated.

Furthermore, he was awarded an incentive of, $250 gift card through the WIOA Youth Yes program for reaching this mild stone. Youth interviewed on June 29th, 2020 with Hill Country Animal League for a work experience opportunity as an Instrument Recovery Technician and was offered the position. His primary duties are assisting with the surgeries, cleaning the instruments, cleaning and preparing the rooms at the Animal League Hospital and any other duties they assign. When Jill his Career Navigator called to check with his supervisor, he reported that Caden was doing a great job, hardworking and has already taken the initiative to learn new tasks without being asked. Caden is a great success story! They are planning to keep him on after he completes his WEX and has recently also obtain his driver’s license.